Numbering systems have been developed in order to have a standard way of referring to particular teeth (there are more than 32 different systems). Two are commonly in use in the US today:

Tooth number 1 is the tooth farthest back on the right side of your mouth in the upper (maxillary) jaw.

Numbering continues along your upper teeth toward the front and across to the tooth farthest back on the top left side (which is number 16).

The numbers continue by dropping down to the lower (mandibular) jaw. Number 17 is the tooth farthest back on the left side of your mouth on the bottom.

Numbering continues again toward the front and across to the tooth farthest back on the bottom right side of your mouth (which is number 32).

In this system, the teeth that should be there are numbered. If you are missing your wisdom teeth, your first number will be 2 instead of 1, acknowledging the missing tooth. If you’ve had teeth removed or teeth are missing, the missing teeth will be numbered as well.

In this system, the mouth is divided into four sections called quadrants. The numbers 1 through 8 and a unique symbol are used to identify the teeth in each quadrant. The numbering runs from the center of the mouth to the back.

In children, the Palmer Notation System uses uppercase letters instead of numbers. Following the same order as for adult’s teeth, children’s 20 primary teeth are lettered “A” through “E” in each quadrant. The same symbol is used to identify the quadrants. 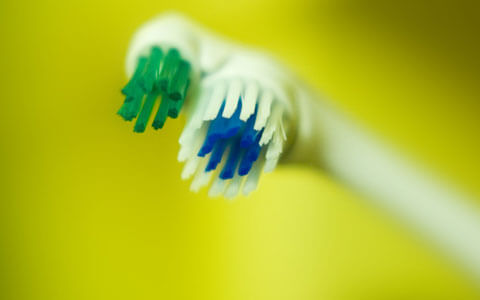